Tales From the Bamboo Forest 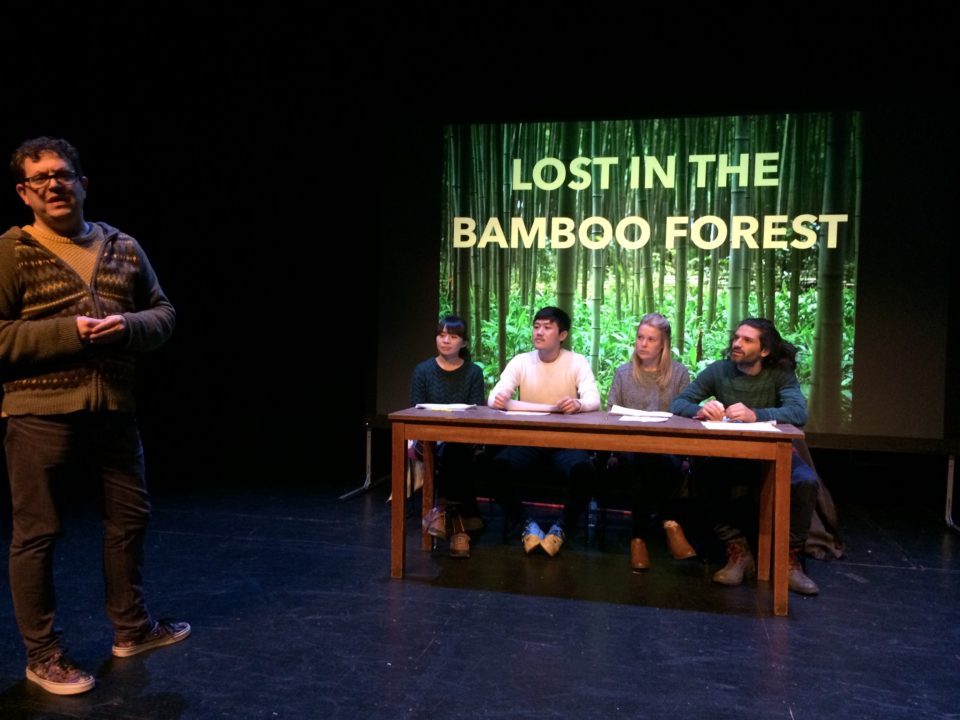 Working alongside the Confucius institute in Sheffield Shooting Fish are developing a new play entitled ‘Lost in the Bamboo Forest’. The project will introduce audiences in the UK to Chinese culture and vice versa using historical folk stories as a starting point.

Supported by the Heritage Lottery Fund the inspiration for the work has been looking at how historical folk stories show and share cultural ideologies. Work to date has and will continue to involve local communities, using heritage and cultural activities to build mutual respect and understanding of the rich cultural history of each country.

This community input is helping us to inform and shape the play; our project is about bringing together English and Chinese communities to uncover and explore folk stories from both cultures, inspiring performance and a contemporary script. 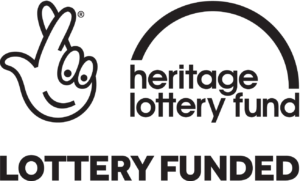 “Stories transport us to another world, allowing us to envision realities that can only be dimly felt in everyday life; stories also help us to explain things about life that we have a hard time understanding.”

Folk stories are oral narratives without a singular, identifiable author. Expanded and shaped over time, passed down from one generation to the next, they often reflect the values and customs of the culture from which they come. They tell us our history, describe where we live, what our values are and ultimately who we are. Because folk story plots are generally concerned with universal themes, they also transcend their culture of origin revealing common human experience; promoting cultural understanding and tolerance.

By investigating how folk stories have spread and changed we are beginning to uncover what we find memorable, how stories are used as reference points within everyday life, how they help us understand our heritage and how they reveal our cultural similarities and differences. 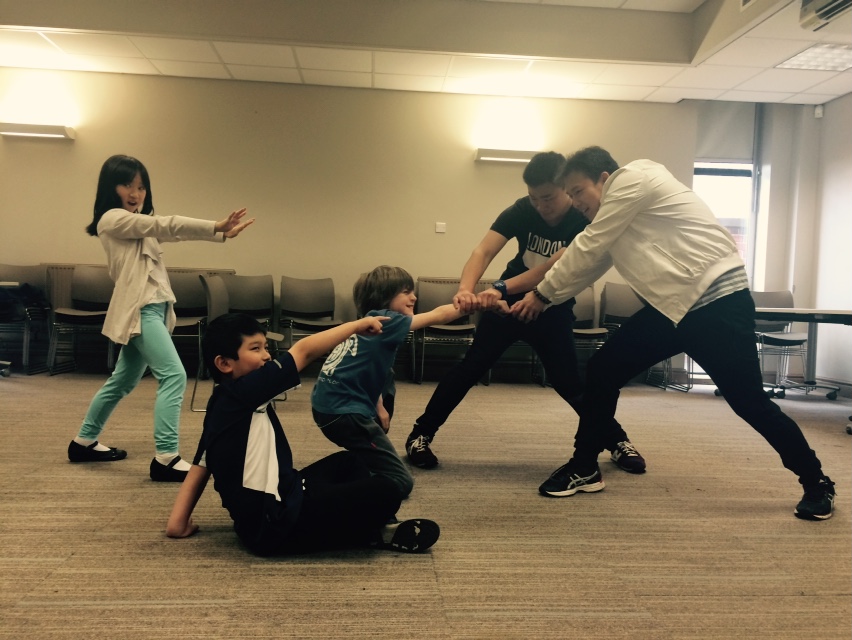 “Folktales are the accumulated wisdom of a culture, and present a society’s way of dealing with day-to-day life over a period of decades or even centuries.”

Our research process began by working with local volunteers with English and Chinese heritage; together with our artistic team and a heritage expert we have visited libraries and archives to access materials based on folk stories. We have also had the opportunity to meet Chinese academics based in the UK who have provided us with knowledge and advice for our research area. We have gained information and research from The SOAS library in London, which holds the biggest collection of Chinese literature in the country and, as a reference, used The Folklore Society Library, which includes customs and beliefs, narrative, drama, music, song and dance, language, arts as well children’s folklore. These libraries have helped deepen our understanding of Chinese culture and history and uncovered a wide range of interesting folk stories. We have also visited the Folk Stories Museum in Wem, where we were treated to traditional story telling and accessed story associated objects and artefacts from around the world. Our team and project volunteers have read an abundance of stories which we have summarised into a database, outlining the themes and synopsis for each story. 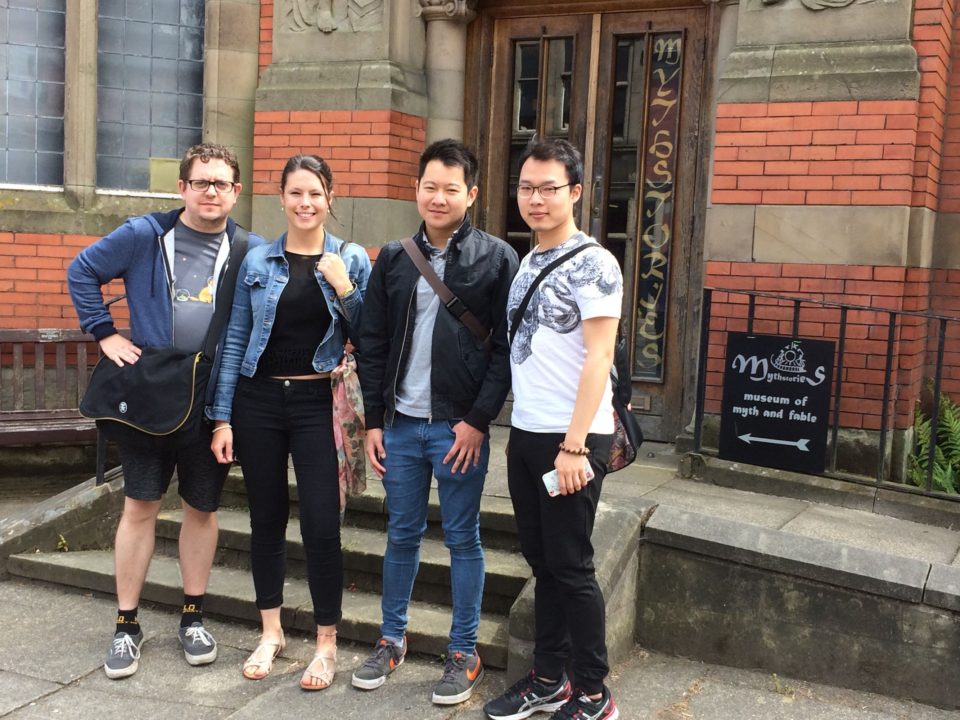 We carried out workshops with the wider community including members of the Lai Yin Society and the Chinese School. People from both cultures and of all ages were invited. Through a range of activities and interviews we found out about stories that have been passed down generationally; which stories were instantly remembered, how they were delivered and asked about the importance of sharing stories with future generations. We also investigated how participants viewed Chinese and British culture, uncovering similarities and differences, learning about how cultural identity shapes our lives and our understanding of others. The captured interviews and practical work were then used along with the other research materials as a stimulus for practical development and the play script.

“Before the written word was invented, and even in orally based cultures today, folktales preserve and pass on much important information about a culture, such as how the people in that culture deal with issues of right and wrong, marriage, family life, good and evil, and many other day-to-day aspects of life.”

Our search for stories has taken us to weird and wonderful places and has eventually been narrowed to just four stories; two from the east and two from the west:

In our performance development each story was theatrically explored; elements were re-created, characters were examined and brought to life, improvisations around story and theme were carried out, differing theatrical forms were tested and non verbal forms of communication and storytelling were investigated. We were also involved in a workshop given by the Shanghai Theatre Company which taught us elements of Chinese Opera. This practical exploration and learning was then incorporated into the beginnings of a new script:

‘Lost in The Bamboo Forest’
Wandering alone through the bamboo forest a young girl searches for her friend, a soldier searches for his soul and a woman searches for her husband. Unable to communicate or trust one another they attempt to transcend the language barrier by sharing their stories through performance. A mysterious and enigmatic figure watches on as the stories are relived and the plight of each unfolds. The three strangers pledge to help one another recover what is lost, but their plans are short lived as their watcher has something else in mind.

The script is still a work in progress, we are currently seeking further funding to continue to develop our ideas. For a sneak preview a short section of ‘Lost in the Bamboo Forest’ can be accessed here. In December we held a staged reading of the work so far, which was well received by our audience. 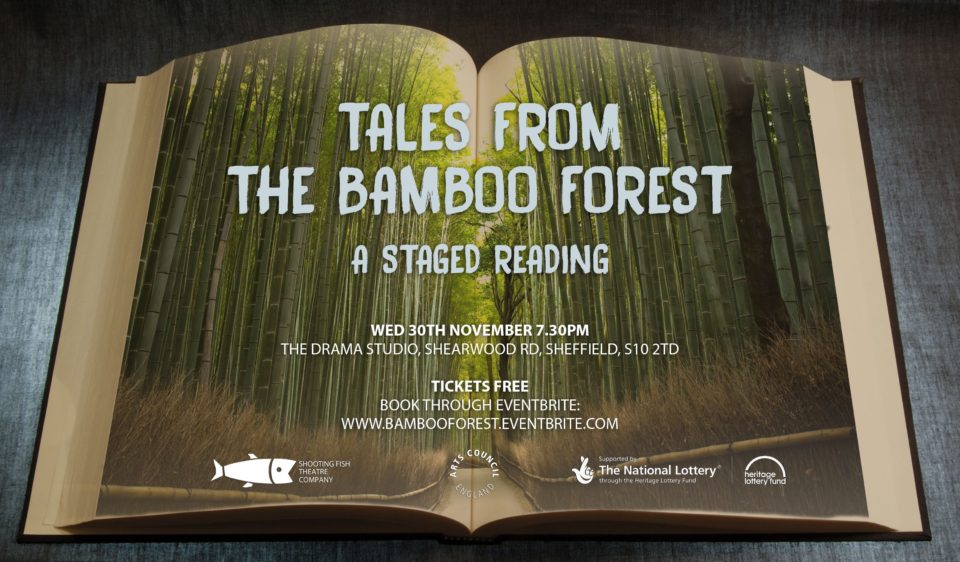 We now aim to continue working towards a final draft of the script that can be rehearsed and toured. Our goal would be to do this in the UK first and then eventually take the work to China too. Further development is needed before a final draft can be reached. We would like to explore different options for the second half of the play, develop our knowledge of theatrical styles from the east and west and explore a range of ways that the plays chorus might function theatrically. This might include looking more deeply at the historic role of the chorus, as found in Greek theatre, western theatrical styles such as Commedia Dell’arte and further exploration of Chinese Opera. We hope the next phase of the project will include a visit to the Shanghai Theatre Academy to take part in their Chinese Opera summer school. 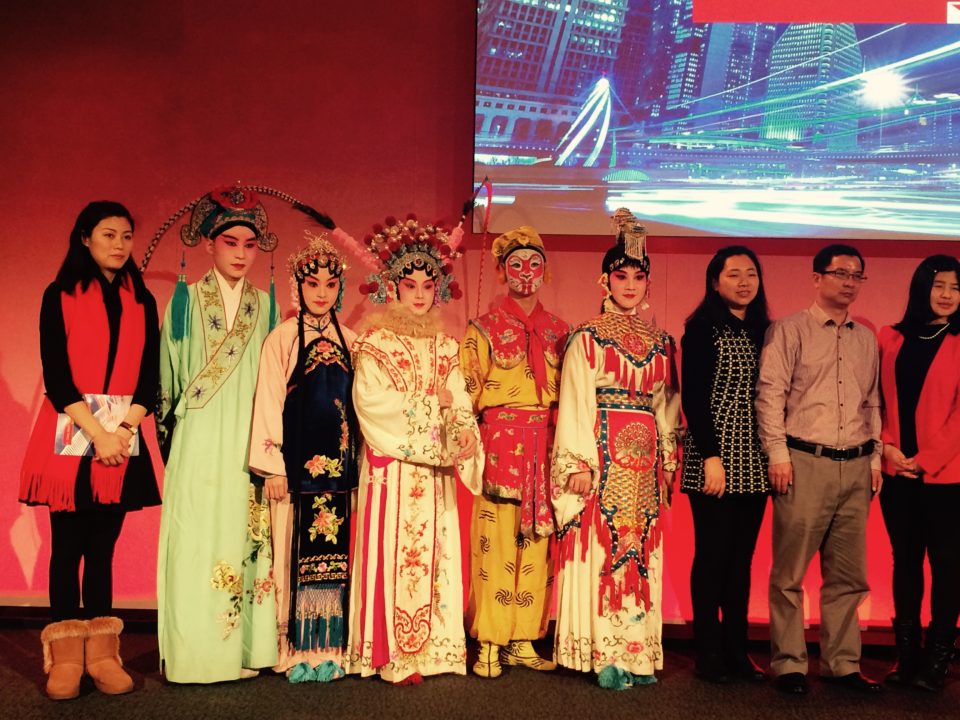 (Quotes taken from: Giskin., H, Chinese Folktales and the Family in An Introduction to Chinese Culture through the Family., Ed. Gasket., H and Walsh., B. S, 2001)