A room. Boxes. A teddy bear: Laminated is a story about last attempts and giving up. As Charlie rewrites the story of his life and it’s failures, he transforms discarded clothes into people, boxes grow into mountains and puppets tell the stories he cannot bring himself to recall. Struggling to come to terms with his failed writing career, he plays out his lost masterpiece one final time. It is only when his ex-girlfriend Katie appears that we see the fiction of his tale and his world begins to fall apart, leaving us to consider the reality of chasing our dreams. 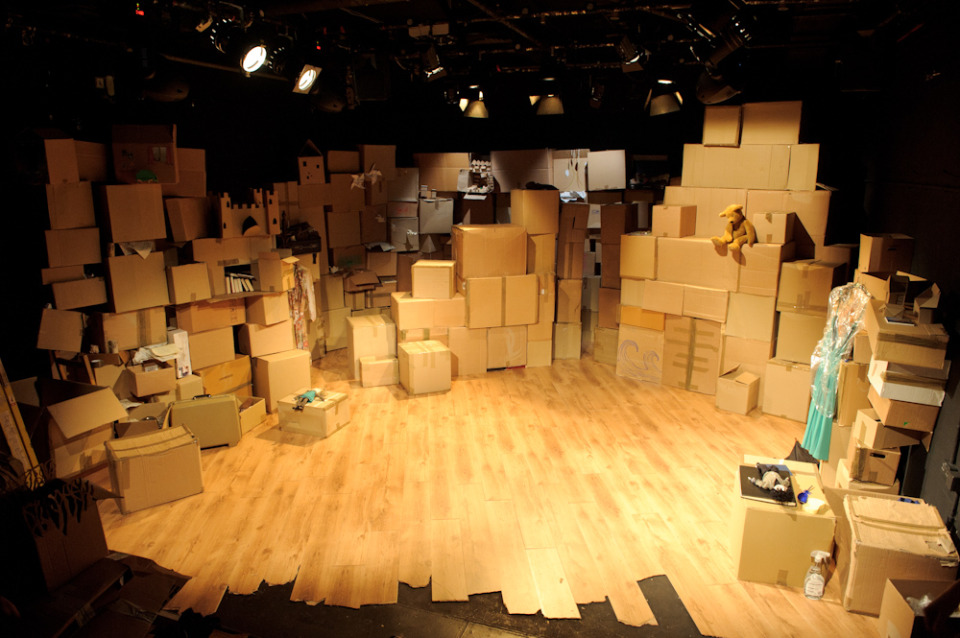 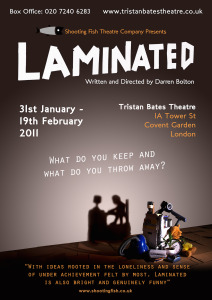 Laminated was born in 2004 and has been through a series of development and touring phases. Arts Council England funded its initial development, which led to a 10 date national tour in 2008. The 2008 tour was a great success, with over 600 audience members across the 10 dates. In 2009 Arts Council England funded a further development that allowed the writer to explore the ways in which directors from different disciplines approach the script. Darren and a changing team of actors worked with three new directors who each focused on different aspects of the script; the central relationship, puppetry and physical theatre. Following these developments the script was been rewritten and undertook a three week production run at Tristan Bates Theatre in Covent Garden, London from the 31st January – 19th February 2011, with over 800 audience members attending.