Shooting Fish have produced Goole’s annual bonfire event since 2012. This is a unique arts project which involves the production audio plays, short film, the building of structural bonfires, the creation of processional lanterns, rehearsed live performance and the use of pyrotechnics. Professional artists work with local primary schools and members of the Goole community to produce each element, the final performance is then attended by over 10,000. Each year there is a new theme and so far we have created new works based on The Three Little Pigs, The BFG, The Tempest and WW1. In 2015 we are very excited to be working with Goole town Council and pyro experts External Combustion once again to create an extravaganza linked with the events venue, West Park, recreating elements from its 1926 Pageant, which celebrated the centenary of Goole Town. 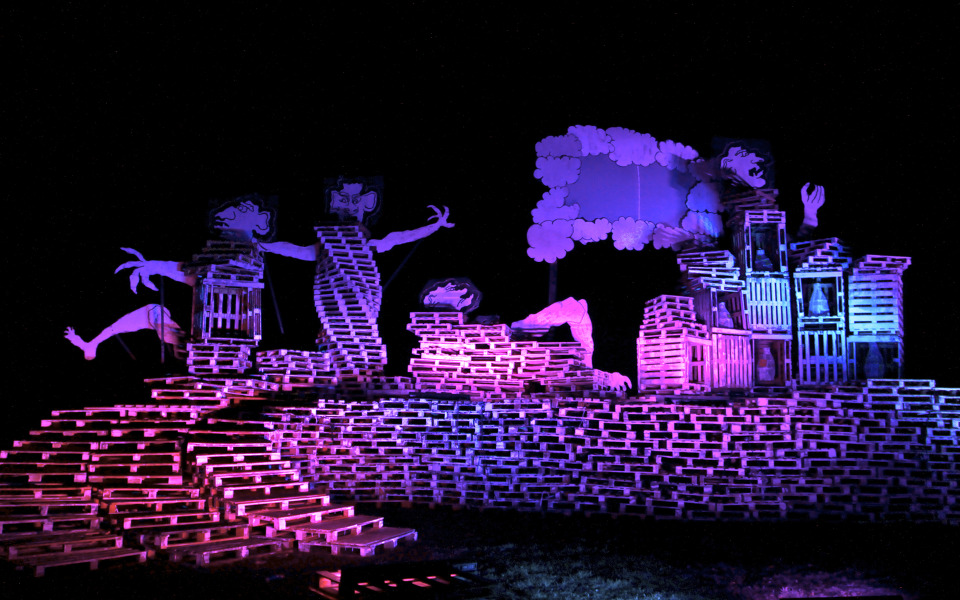 Goole Town Council, Awards For All