It is 1915, Goole, East Yorkshire has suffered a devastating Zeppelin attack; homes have been destroyed and many have been injured or have tragically lost their lives. Enraged by the attack young lovers Jack and Edith decide to take action. Jack enlists and Edith commits her time to the munitions factory, to help the effort on the home front. They write to each other frequently, sharing their selfless contributions to the Great War. But tensions begin to mount when Jack’s battalion move to the frontline; the glory of war subsides and the reality of Jack’s predicament is evident as he prepares advance and Edith waits nervously for news of her beloved. 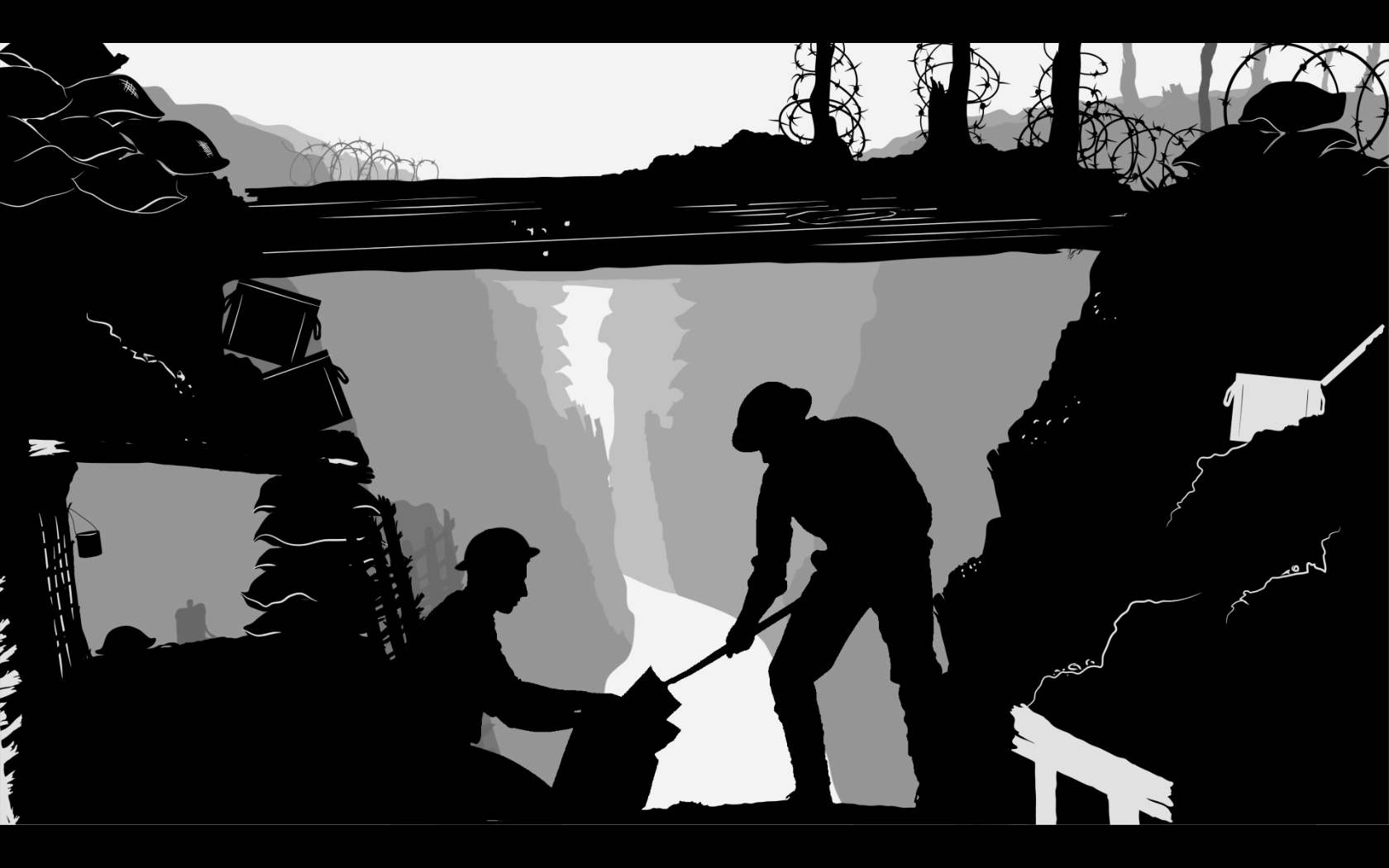 Edith’s War is an experimental short film which fuses animation, illustration and live shadow performance, commissioned by Goole Town Council as part of their WW1 themed bonfire event. The process saw an unusual collaboration between illustrator Laura Barrett, who produced a series of intricate and beautiful digital illustrations to place perfectly with Shooting Fish’s original audio script and performance, brought to the screen through Blueprint Film’s technical mastery.   The finished work creates a wonderfully unique synthesis of visual art, theatre and film, which work perfectly to capture the essence of the films historical content.